Total industry 2014 crop year shipments for 10 months (August 1, 2014 through May 31, 2015) were down 11% compared to the same period a year ago, but relatively flat compared to the average shipments of the two previous crop years.

*  For the current crop year, California shipments were down due to the bumper crop and cheap prices from Turkey, as well as the weak Euro. 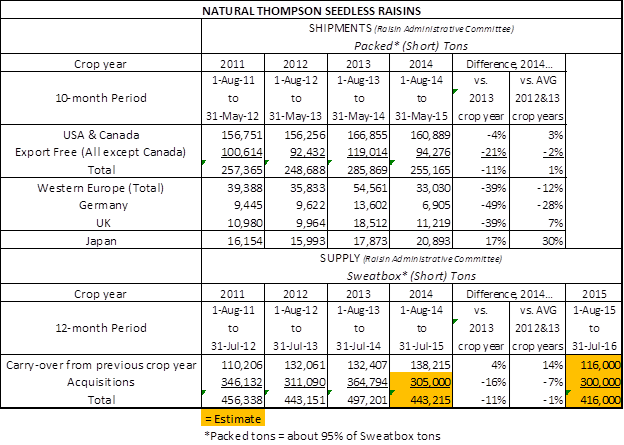 *   Cost to pump and maintain the wells