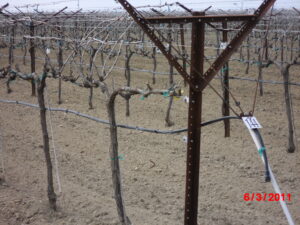 In the US the growth in the raisin vines are up to two weeks earlier than usual with stems between 18 to 24 inches in length following the bud break in the first week in March.

However, there is still continuing concern that the drought in California will create stress for the vines which will potentially weaken their resistance to insect and other damage.

Irrigation management will therefore continue to play a critical role to determine raisin yields for the coming year.

Californian raisins do however continue to demand a premium in the UK dried fruit market with exports to date between August 1 2014 and March 31 2015 recorded at 9,723 tonnes.

Although this is less than the previous year, this is still a respectable quantity and places the UK in the third spot after Japan and the US as a consumer of US Thompson seedless raisins