The 2015 crop from Turkey is looking decidedly difficult this season. Following severe frost damaged in large areas of the growing region, hail storms and much wetter weather than normal the vineyards have been beset with issues.

Last year the crop was officially estimated at 328,000mt and there were some that thought that this may be a conservative figure, however it now increasingly looks like that the figure was closer to 310,000mt. Due to the large crop and wet weather during the drying period it was not possible to dry down all the grapes to the required quality and in some cases the fruit was not dried as the window of opportunity was lost.

Exports to date from the 2014 crop stand at 223,000mt, we expect by the end of August that this figure will reach 255,000mt.  Alcohol production and domestic demand is around 25,000mt so we can expect a carry over of 30,000mt, far shorter than some of the numbers that have been suggested. Due to the early frost damage some of the growing regions are going to yield 80% less than last year, on inspection of the vineyards some of these vines have the odd bunch sporadically dotted around, It really depends on the area as to the extent of the damage. In some cases growers will not even harvest what remains as the cost of the labour will outweigh value of the yield so they will just leave it.

Based on several assessments we can expect to see new crop coming in at 170,000 mt so combined with the carry over a total of 200,000mt. There is very little raw material being offered in the market and what is being offered is of very poor quality. Raw material prices are between 5.2 to 5.5 TL and even laser scanned rejects are trading at 5 TL. 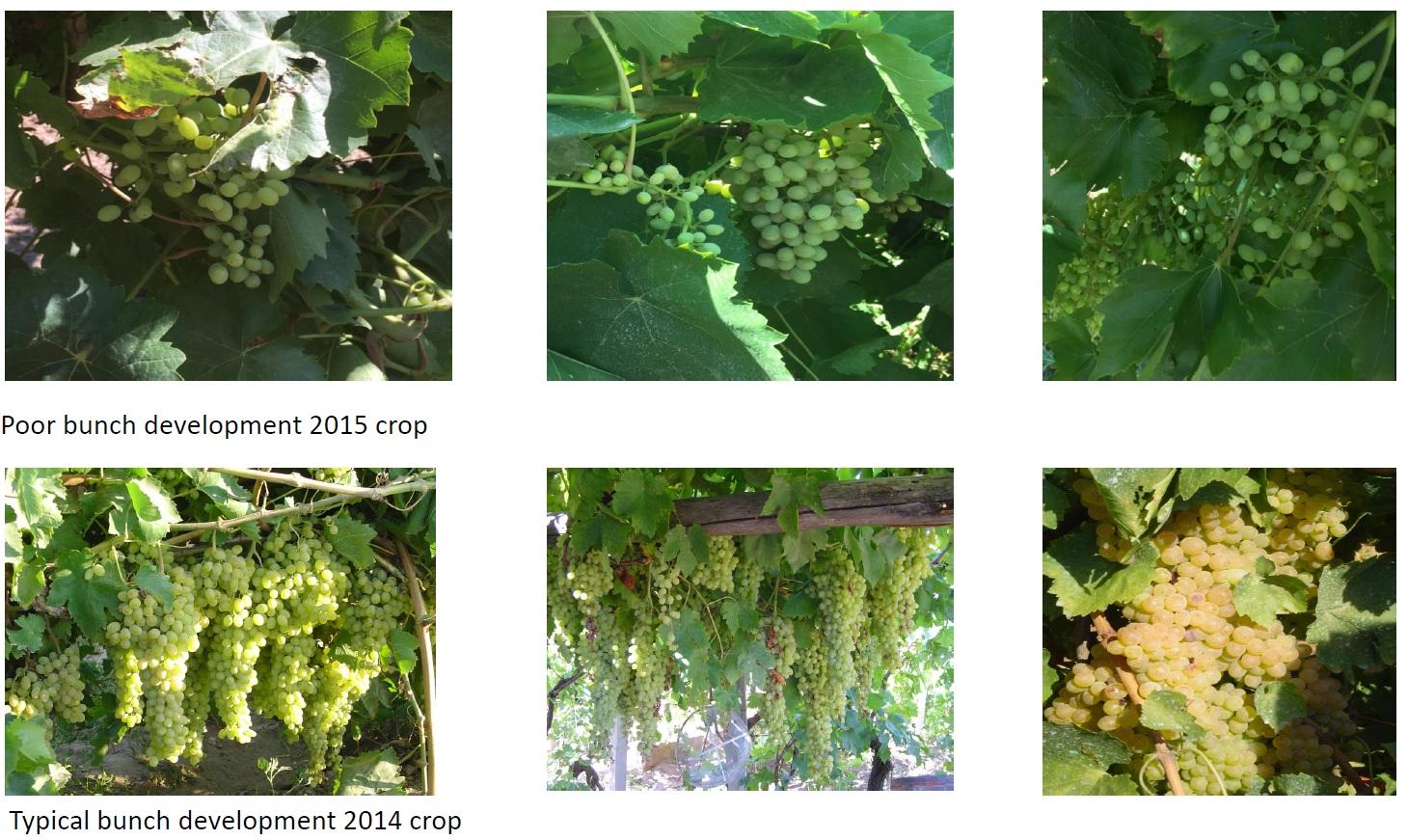 We do not expect that Turkey will dry down any Raisins due to what will be a very short crop, and there will be very limited supply from the 2014 crop.

There is a general consensus of opinion that indicates new crop prices will open at 6TL makingraw material prices $ 2230 per my at today’s exchange rates.  Based on this we will be looking at new crop prices of $ 2500 per mt

Last season the typical yield from the vineyards would have been 600 – 800kg per declare (1000m2). This season in the worst affected areas the yield will not be greater than  50kg. In these vineyards it is very unlikely that the growers will harvest as they will not get the return to justify it.

Some of the better regions we can expect to see around 400kg per declare which is a much better return although significantly lower than last season.  With low

r bunch counts we will also see much larger berries and it will be very difficult to obtain small and midget grades and where it is available it will be at a premium.

Due to the very wet weather up until the last week we are also seeing so isolated disease issues with Grape Berry moths and mould growth such as ash disease. Growers have used pesticides to try and prevent this but the rain has been washing it away rendering it ineffective.

We will keep you updated of further developments.