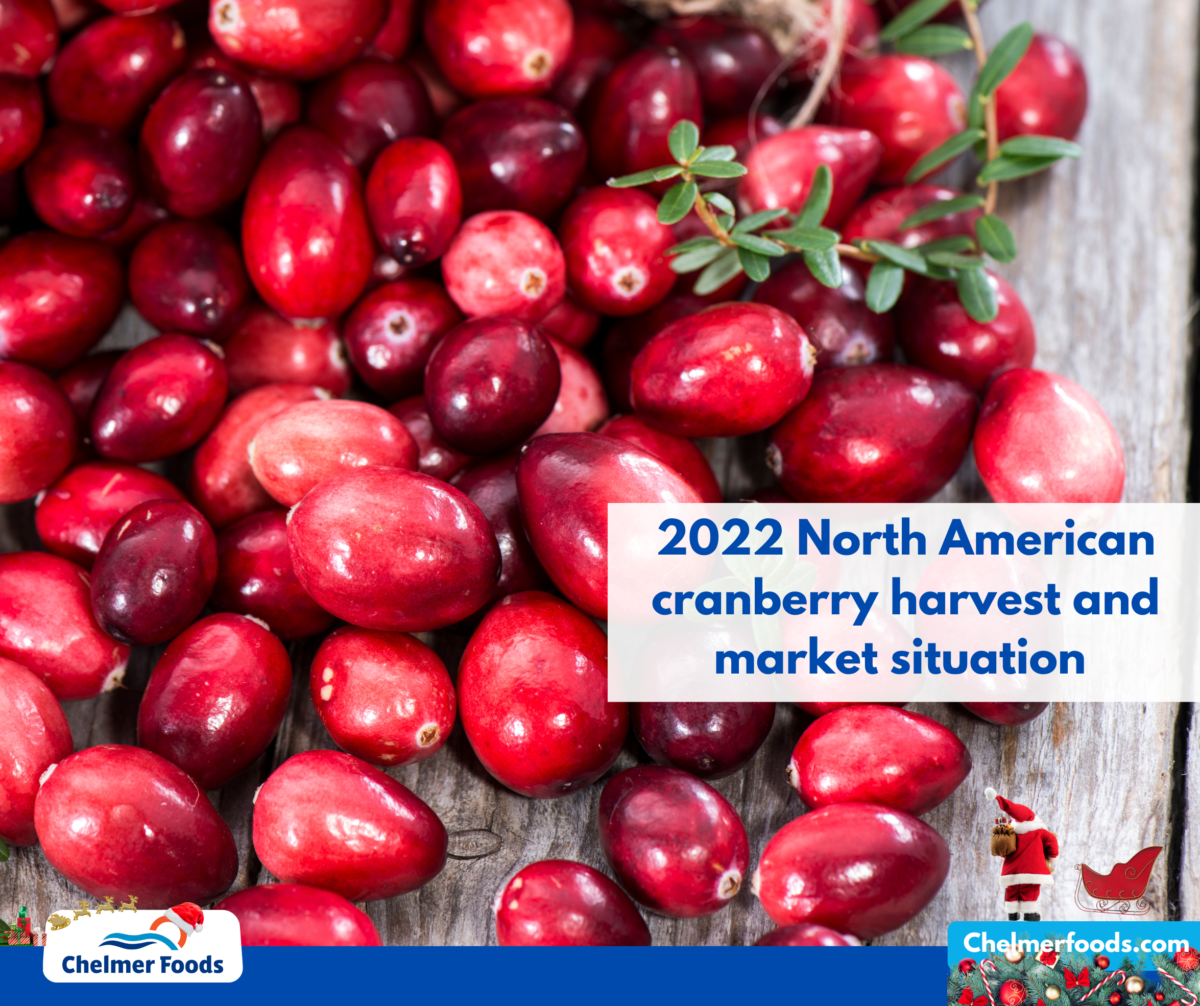 Over the past months, we have seen significant variations in the price and demand for cranberry products. The price for sweetened dried cranberries has even reached record highs. Due to the lower crop in combination with high demand for cranberries, the inventory level has not been restored to an acceptable level. This is particularly the case for NFC juices and juice concentrates, whose prices are subject to significant upward pressure.

This year’s cranberry harvest in Quebec can be described as exceptional in terms of the quality. Undoubtedly the climatic conditions were very favourable to fruit growth. Yields in the fields increased compared to previous years. To a lesser extent, there is the return of some growers who have abandoned organic cranberry production to return to so-called conventional production, which is less demanding and complex than organic production with higher yields.

For the other cranberry-producing regions, namely Wisconsin, British Columbia and the western part of the United States, the situation is not as positive. In Wisconsin, the largest cranberry-producing state in the world, yields were lower than expected. As a result, the cranberry yield in this region was below average. Although the quantity was promising, the little red fruit apparently did not develop sufficiently.

As for the western regions where the climate is normally quite moderate, last summer’s unusual heat affected and impacted yields which have significantly decreased.

In Massachusetts, we note that the drought that marked the summer season in this region has not had any negative consequences, as the region is having normal yields.

Overall, the predictions made by the Cranberry Marketing Committee (CMC) at the beginning of the season have not been met. They estimated a U.S. crop of 830 Mlbs which will most likely be closer to 750 Mlbs. With the acquisition of cranberry fields in British Columbia and Quebec by U.S. processors, their available volume should be around 930 Mlbs, while sales in the last 3 years have been above 1,000 Mlbs. The volumes in the USA will, therefore, not be sufficient to meet the demand. With our presence in Quebec and East Canada we have the benefit of good yields and expect to be able to meet the growing demand of our sweetened dried cranberry customers.