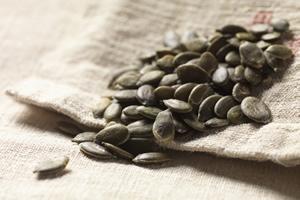 Most pumpkin seeds have been harvested and famers expect to finish their field work by the middle of October. Its seems that the GWS crop is not much bigger than l

ast year, but the availability and quality is good. The shine shin crop seems to be bigger compared to last year, but not the volume as speculated by the end of 2014 crop. We can say that the crop is not that ‘huge’ as we where thinking. We expect that there will be a bigger price difference between these two grades, later in this year.

The last two weeks we saw a small price rise in both grades because processors are very busy with fulfilling their orders before the national holiday (1 -7 October). In general we expect price will rise when we get near by the end of the year, simply because the crop is not that big as processors and traders expected.