Old crop is all but sold out .New crop is at the moment  growing in North Western and North Eastern China and  our main shippers are visiting the main growing areas in Xinjiang Province and Inner Mongolia.

Due to the historically high prices for pumpkin this year quite a few farmers have switched  from Sunflower and Corn  to Pumpkin , so overall acreage is up from last year but we must wait until end August /September to see how the yields and quality will be..

As previously mentioned the  crops were late  this year  in being planted due to the wet Spring  so a slightly later than normal crop is expected, first shipments of Shine Skin will be available early October and for GWS  mid /second half October, so  new crop material will arrive mid/end November in  the UK.

Demand  continues to increase for  seeds worldwide and  especially domestically in China for roasting  at the New Year holiday so we do not see  prices dropping  drastically when the  crop  becomes available this Autumn.

We will have a more definite  idea of the crop size etc  end August /early September.

Bulgaria is  getting ready to  start the  harvest in about  2/3 weeks which is a little earlier than normal due to the very warm Summer they are having.

Rumours of a drought and a very small crop appear to be unfounded as our two main shippers both  believe the crop will be a good average size, maybe about 7 pct down from last year’s  very large  crop that saw prices tumble last Autumn.

Demand is strong for oil crushing and  for  kernel production so we  don’t see prices dropping  a lot once the crop comes off the fields  and initially there will be a big demand for seeds as there is no old crop left at all.

Generally feel that prices are at good levels and the chance of any significant drop is minimal from current levels, maybe maximum 30/50  Euros pmt but no more.

China continues to be very competitive against USA origin and signs are that the new crop will be  a good size crop as well so don’t see any major changes in the  market for the foreseeable future.

Would suggest taking cover forward into 2016 at current levels

2)There is a lack of demand for August/September  shipment  due to the economic crisis in Greece- Greece had  been a very large buyer from India previously. 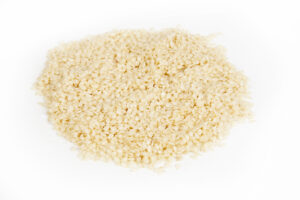 4)The Ocean freights to Europe have come down and are at historically low levels.

With  the above and the improved Stg/USD exchange rate prices look attractive at the moment. Suggest cover up to November 2015.

Main new crop is being planted now and will be  harvested mid /end October for early November 2015 shipment.

Prices look very attractive at the moment for both brown and yellow. New crops are progressing well in Russia, Kazakhstan and Moldavia and the harvest will commence  in about 4/6 weeks time. 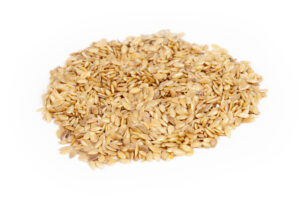 New crop is again progressing well in the USA, prices have moved up a little over the last couple of months due to  increased demand but still remain competitive and we expect no real change in levels in the coming  months.

Expect new crop to arrive in October in the UK.

Market is  relatively stable and the new harvest is just starting in the coming  weeks. We expect a similar overall crop size to  last year despite  higher  plantings this year. Th

ere has been some unfavourable weather in the Czech Republic and Eastern Europe in the  past months, basically it has been too dry and some of the increased acreages even had to be re sown. So we expect prices to remain approximately where they are  as long as the crop comes of the fields OK in the  coming few week.

Hoping the above  overview is of some  use and if any firm offers etc are required, please do not hesitate to contact us.