There was a significant frost on the night of the 23rd April in the growing regions. The frost was wide spread and temperatures dropped between -1 to – 3 degrees between 4.00 and 6.00 am. There was already some dew on the vines at this time which resulted in a negative affect combined with the frost and this effectively burnt the developing bunches and leaves.

The damage is very severe with some vineyards losing 90% of their bunches. Although this is in the extreme cases, very few vineyards have escaped and the extent of damaged is different throughout the growing regions. 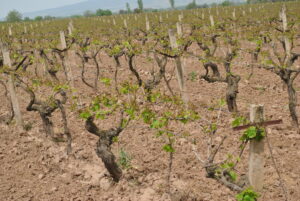 The above is an estimate and in some cases, one vineyard has no damage and some have 100%

Prior to the frost of the 23rd April there had been another frost a week before which did some limited damage, but critically hampered new births on the vines. This combined with the already developing bunches being damaged has had a huge impact. It is now very unlikely that the vines will now have a significant number of new births and those that are developing are male flowers and will not go on the develop fruit.

On speaking to growers their view is now more about damage limitation to the vines. In most case they have written off the crop from this year and will prune back the dead stems and treat the soil for the 2016 crop in order to protect the vines they have. 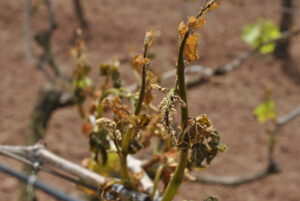 As you tour the various areas it is clear to see where the frost has damaged the vines as they have all turned brown. In the coming days there will be more new vine leaf growth and it will look like that the vines are more healthy again, however this is leaf development and not fruit, so although you can see healthy green vines the fruit has already been damaged and will not recover.

Typically the yields from a deciare of vines would be 500kg, last season this was much higher as it was a bumper crop, so we were seeing yields of up to 700kg. This year in the severely damaged vineyards they will not get more than 100kg.

The growing area is approximately 900,000 hectares, of this we estimate that 360,000 hectare has been lost due to frost damage, this is effectively 90,000mt of fruit. Those areas less effected such as Alasehir which also produce for fresh grape exports, typically 35% would be sold as fresh grapes. 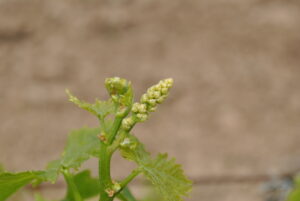 With losses of 20% this area will now account for half of its production as Fresh as this will take priority so the availability for dried will be less from this area.

Last year the crop was approximately 320,000 mt, this year based on an assessments of early development the crop was not looking as good and was estimated to be around 270,000mt as well the birth rates were lower. 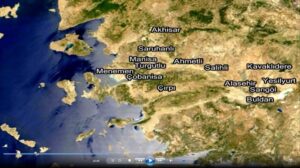 Using this as a starting point and applying the level of damage we do not expect to see a crop greater than 180,000 mt and this is an optimistic figure. We are expecting to see a carry in of around 35,000mt so the total available quantity will be around 215,000mt.

The industry, particularly that in Turkey has been much maligned for exaggerating the situation in the past, but this year there are very genuine reasons why we can expect a tough season.

Based on the area size last years and the yields, and what we have seen he have tried to estimate what the total crop will be. It has to be stressed that this our assessment and is only estimated