Anderson-Export: California continues to experience historic drought conditions; it was recently reported that 16 of the state’s 17 largest reservoirs started September below, or well below, historic average levels.

The numbers are dire in the Central Valley, while the Sacramento region has seen closer to normal rainfall this year.

A record number of almonds were exported from California in June, a major departure from historic trends.

This shows shipments have recovered greatly in the second half of 2022 as the global shipping backlog reaches greater equilibrium. 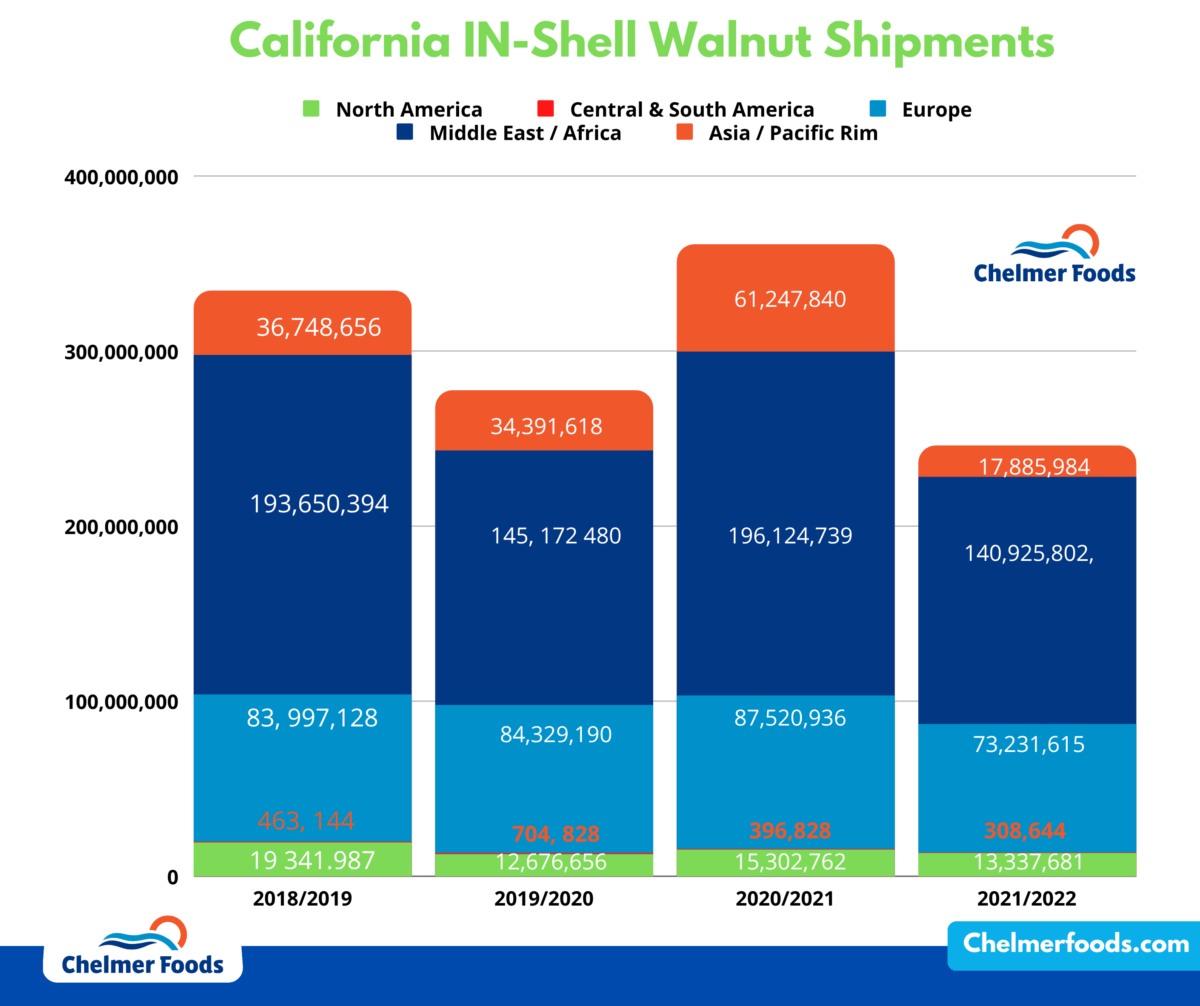 California’s total exports for in-shell walnuts saw the lowest total shipments of any of the last 4 marketing years.

It is interesting to note that the shipment numbers for the 2021 / 2022 marketing year were notably lower in total shipments than the initial COVID years.

The potential good news is that California’s in-shell shipments are poised to recover and could see strong growth as container shipping issues ease entering the Christmas / New Year period.