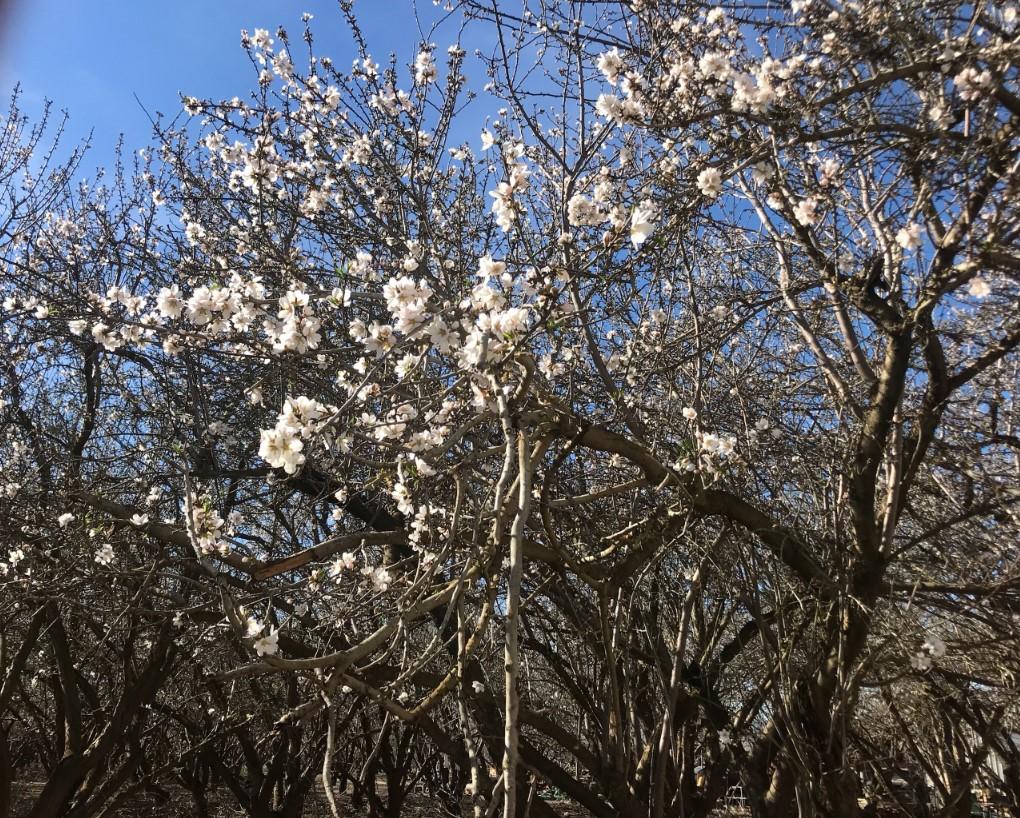 Everyone’s attention over the past few weeks has been on the freezing temperatures and what impact it will have on the forthcoming 2018 crop. Prior to the frost, bloom had been shaping up nicely with heavy bud set in all regions.  At the time of the frost in Mid-February Nonpareil as well as other pollinators were well into bloom stages. The north was well ahead of other growing areas, particularly the southern state. The weather is a result of a dry and persistent high pressure system that left and made way for a cold front that swooped into the western United States.  The only good news is snowfall percentages made up for significant loss ground.  However California is still far behind averages for the year.

While still not much is known about the overall loss potential we have continued to be cautiously optimistic about the overall crop size.  Assumptions still range from 5-20% bloom and nutlet loss. Prior to the bloom debacle 2018 crop ideas ranged from 2.45 to 2.55 bb lbs.  Calmer minds have more recently discussed 2018 crop supply ranging from 2.2 to 2.3 bb lbs.  This to us is a more likely scenario given what little we do and do not know about 2018 crop damage at this point.

Shipments for the month totaled 190.13 million pounds, up an astounding 24.9%. This is now the fifth month in a row reaching records shipments.  . Overall shipments are pacing 12% above last year at 1.422 bb lbs.

The culmination of heavy shipments and sales is now starting to bring pressure to readily available goods – namely California types. It is becoming apparent that the transition inventory between crops is going to be very tight.  While complicated to measure, California is well on its way carrying out 350 mm lbs if shipment figures in the remaining 5 months are the same as last year.