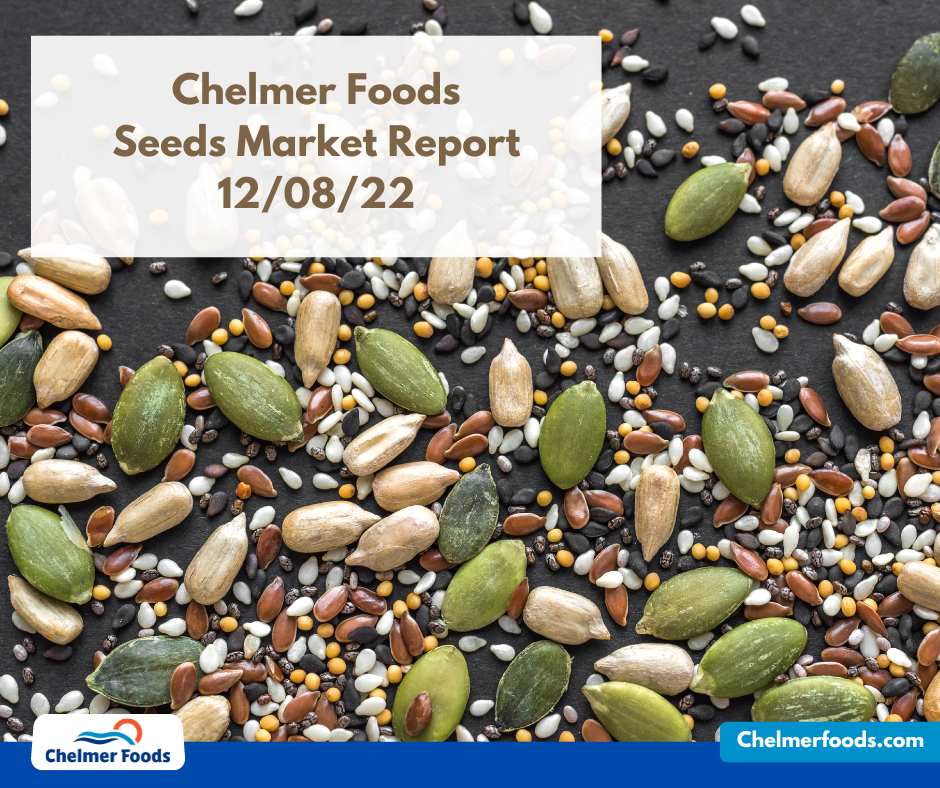 Interest rates rose to 1.75% (the biggest rise in 27 years) with inflation now set to hit more than 13%. UK inflation (the rate at which prices rise) is currently at 9.4%, which is the highest level for more than 40 years. The UK is forecast to fall into recession this year, with the longest downturn since 2008 predicted.

This could potentially shift the mindset of the everyday consumer when doing their food shop, we have already seen a rise in necessary food items such as bread, pasta, and dairy basics.

Prices continue to steadily ease as farmers are eager to sell in order to finance their harvesting. However, buyers seem quiet across the board which is contributing to an artificial deflation in price. Collectively it appears inflation is hitting nations on a global scale and will add to the cost of most raw materials in real terms. Higher prices are expected for new crop, so we may be nearing the lowest levels for raw material.

It’s now looking like we may have seen the bottom of the market with the average price levels now €40 to €50 above what raw material prices previously were only a few weeks ago. Bulgarian farmers have since been resisting the continuous decline in prices, as a result of the high volumes of sunflower seeds imported from Ukraine. Unprecedented hot weather conditions across Europe will undoubtedly contribute to lower yields, and almost certainly the oil crushers will again dictate how far up the market will go.

Prices soon settled as the marketplace became well stocked, however, millet is now on an upwards trend. General inflated costs including fuel are contributing to a rise in freight and transport. We could also see a squeeze in raw material and start its steady incline in price from here on out. Rain is needed to improve yields and August is an important month for growth.

In addition to a major decrease in poppy being planted, persisting drought is influencing yield numbers. Market players in Hungary are particularly pessimistic this year. Growers are reportedly withdrawing more and more from the sector and the Hungarian crop is said to be just one third of the average. The current view is that pricing will steadily keep moving up.

Those holding high priced stock are making their last attempt to hold prices while the domestic market starts preparing for the mid-autumn festival. However, prices have continued to decline as the market has tried to dump some of the carry-over before new crop comes in. There were heavy storms with hail in some areas of Inner Mongolia, which damaged the local pumpkins and also sunflowers. Growers are very concerned about this, especially with regard to the production of organic pumpkin seeds. Harvesting is expected to last from mid-August to the end of October. Currently, traders expect demand from both domestic and foreign markets to pick up with the arrival of the new crop.

Yields of key crops in Europe will be sharply down this year owing to heatwaves and droughts, exacerbating the impacts of the Ukraine war on food prices.

Maize, sunflower and soya bean yields are forecast by the EU to drop by about 8% to 9% due to hot weather across the continent. Supplies of cooking oil and maize were already under pressure, as Ukraine is a major producer and its exports have been blocked by Russia.

Large parts of Europe have been afflicted by drought and hot weather in recent weeks, including Spain, southern France, central and northern Italy, central Germany, northern Romania and eastern Hungary. Drought and heat stress in many regions coincided with the flowering stage for key crops, and water reservoirs in many places are at levels too low to meet the demand for irrigation.