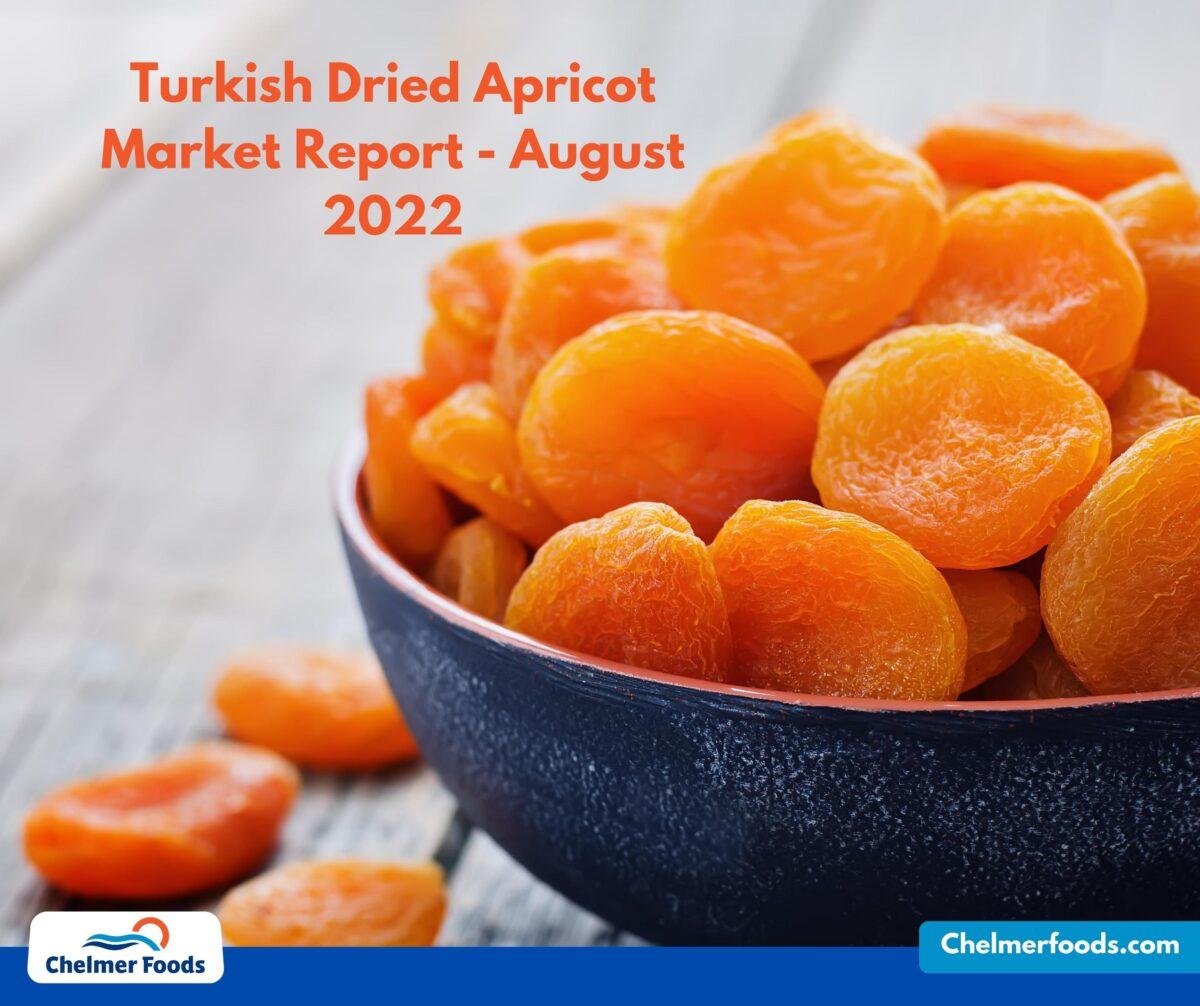 Key Points in the Apricot Market:

The July export figure for Turkish Apricots was around what was expected by the majority of people. This was mainly down to the scarcity of stocks and current crop price. Domestic Turkish consumption was around 5,000 tons, which brings the total figure in line with the pre season crop estimate of 86,000 tons.

It is expected that 2022 crop will be a very similar size to 2021 crop, given the weather conditions and surrounding factors which have drastically affected the potential yield.

The 2022 Harvest is now almost complete, with the majority of fruit being size 4 or smaller. It has been observed that fruits are slightly lower quality in comparison to last year, with more blemishes and less sugar (Resulting in smaller sizes and a lower fresh to dry yield).

Suppliers have started to sulphur more of their fruit and been processing less Apricots as Natural, given the lower prices on the previous season. A number of Organic growers have also switched to conventional product, as the Organic price fell below conventional over the last two years. Prices for Organic produce have not yet been released, however they are expected to be at a premium.

Since the introduction of new crop prices into the market around 10 days ago, the market has moved upwards of 10% as a result of strong demand from packers and importers for prompt and early shipments.

Many farmers are unwilling to sell at current market price, as they are expecting a similar price trend/increase in the near future following on from the pattern last year. Farmers have started to also deliver their goods to Borsa licensed warehouses, which allows them to draw cash against their goods without any fixed sale price and also benefiting from free storage. This process acts as a hedge against inflation and a failing Lira FX rate.

The Lira still floats at a low value, and the official inflation figure has been published at 80% however many in Turkiye feel the figure is a more realistic 200% given the cost of living crisis.

Farming and packing costs have increased significantly, and freight rates remain at historically high levels, and this has all added to the cost of Apricots. Exporters have been discouraged from using USD loans, and not able to hold substantial USD bank balances, following on from the Turkish Government's intervention. It can be seen clearly that the Apricot market is certainly in uncharted waters.